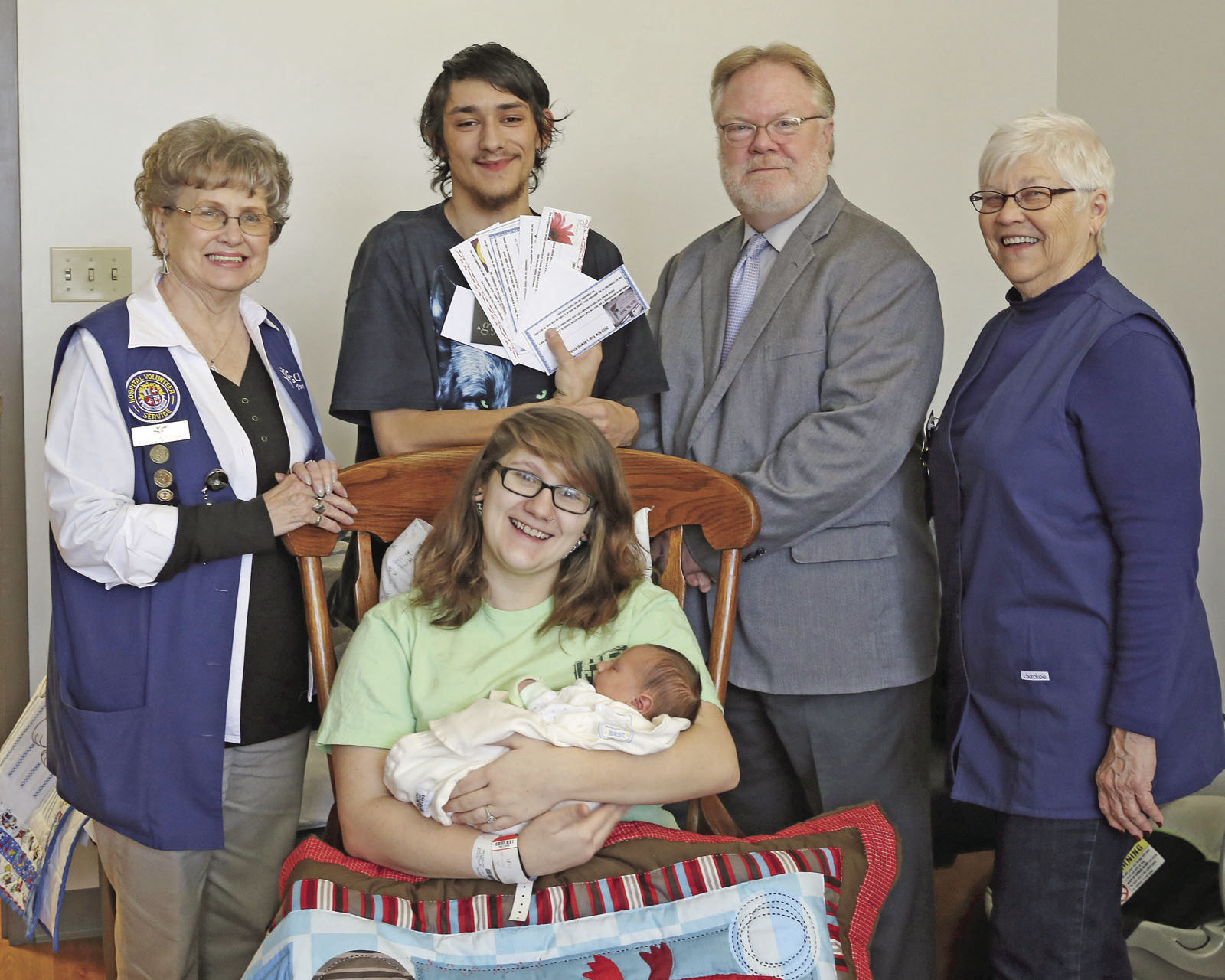 The first-time parents, Roger Holley of Perryville and Cheyenne Mills of Ste. Genevieve, were excited and thrilled about their new baby and the promotion.

“The Ste. Genevieve staff checked on me quite often throughout the process,” Mills said. “It was awesome.”

Throughout it all, she felt the experience went really fast and it was easy.

Mills also discussed how she named the baby from a historical aspect and grandparents.

“I always liked history, and we started watching a show called ‘Vikings,’” she said. “My dad got the idea of Ragnar, one of the main characters; and I liked it, too.

“I really want my son to be a history buff like me. And then we added three grandpa names.”

Ragnar and his parents were showered with gifts from area merchants, including a one-night stay at the Microtel Inn & Suites; Keepsake Baby Fresh arrangement from Buy the Bunch Floral; a $50 gift card from Ste. Genevieve MFA; a stuffed animal with blanket baby’s and a first-year photo frame from the Show Me Shop; a $50 gift card from Bloomsdale Bank; $25 gift card from Audubon’s Grill & Bar; dinner for two at Cafe Genevieve; $50 gift card to Sirros; $50 cash from MRV Banks; and a baby quilt from SGCMH Partners Auxiliary.

(Information in a release from Ste. Genevieve County Memorial Hospital.)