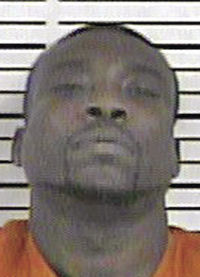 Bobby L. Pruitt of Cairo, Illinois, was found guilty on Thursday night of possession of a controlled substance and parking illegally in a handicapped zone.

The case was argued in front of a jury and was the first jury trial for Wayne Williams since being sworn in as the county’s prosecuting attorney earlier in the week. He joined the Prosecuting Attorney’s Office in May 2018 after decades working as a public defender but also did not argue any jury trials last year.

On the night of June 11, 2017, Pruitt was first contacted by deputies from the Ste. Genevieve County Sheriff’s Office as he was idling a car horizontally across parking spaces, including handicapped spaces, at a convenience store in Bloomsdale.

The deputy smelled the odor of raw marijuana. Pruitt admitted he had some marijuana in his pants pocket, and a search of the vehicle resulted in more than 220 grams of marijuana being discovered in a container under or behind the passenger seat.

Pruitt’s defense attorney, Jill Schaefer, argued that it was not established whether the marijuana belonged to Pruitt or to his girlfriend, Brittney Sexton, who was the owner of the vehicle and was inside the store at the time the deputy first made contact with Pruitt.

The jury took about 15 minutes to reach its verdicts.

Complete story in the January 9 edition of the Herald.