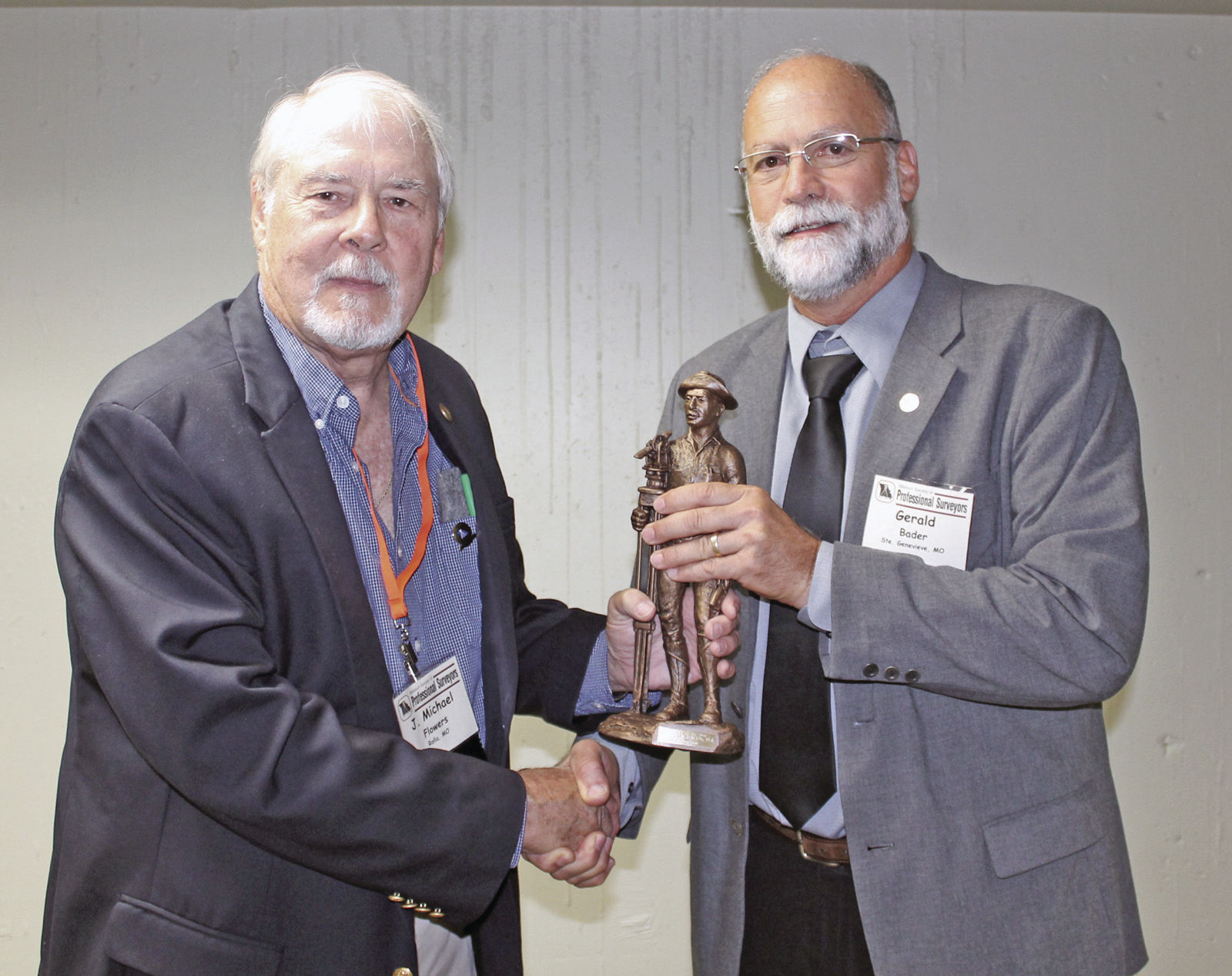 Gerald “Duck” Bader, the elected county surveyor for Ste. Genevieve County and president of Bader Land Surveying since 1996, recently received the the Surveyor of the Year Award from the Missouri Society of Professional Surveyors (MSPS).

The award was established in 1987 and has been given to select MSPS members for giving their time and effort to the profession and working within the society on behalf of the profession.

The awards committee did not have to look far to identify this year’s winner, who is  a past president of the organization.

Bader has been elected as the Ste. Genevieve County surveyor six times and served as president of the Missouri Association of County Surveyors (MACS) for three terms.

He has restored and re-monumented at least 250 to 300 original GLO corners through the Land Survey Program, in which the county participates cooperatively with funding from the state of Missouri.

Bader has been a member of the MSPS Board of Directors for eight years.

He is an avid surveying historian particularly knowledgeable on land grants of upper Louisiana. He has been a leader in remembering the surveyor of the 5th Principle Meridian, Prospect K. Robbins. Bader had a commemorative granite bench set in Ste. Genevieve’s Memorial Cemetery for P.K. Robbins,

Bader also was active in the tri-state corner monumentation in 2004.

He is married with two children.

A release from MSPS said Bader “is a very worthy recipient of this Surveyor of the Year award and truly represents what it means to be a ‘Professional Land Surveyor’ in every sense of the word.”

Bader thanked MSPS, past president Joe Clayton, members of the awards committee, officers and board members.

“To be on the same list as past recipients has yet to sink in,” Bader said. “This started back in the 90’s, when I got involved with the county surveyors and signed up for a MSPS — or back then MARLS — committee. That grew into being asked to run for a position on the MSPS board and the rest is history. … I did not get involved for the accolades or hardware. I just wanted to be involved and help.”

(Information from Gerald Bader and from the Missouri Society of Professional Surveyors and its December newsletter.)